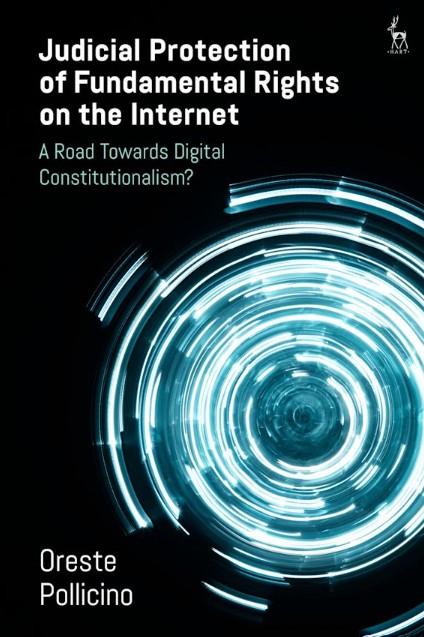 Today more than ever, also against the backdrop of the uncertainty triggered by the COVID-19 pandemic, judicial globalisation has placed courts in a privileged position to identify risks of potential collision between interconnected legal regimes in terms of the protection of fundamental rights. Cooperation between courts forges closer ties between different yet interacting orders, while contributing to adapting legal systems to the new global challenges. The importance of this dynamic – and, more generally, the role and the impact of judicial activity – is even greater within the digital domain. This chapter analyses the reasons for and consequences of this ‘amplification’.

The increase of the role of judges in the information society can be explained in at least two ways.

The main (substantive) reason focuses on the traditional gap between law and technology, where law lags behind technological advances. The burden of making up for this inevitable legislative inertia – at national and supranational level – falls heavily on the shoulders of the courts. The new factual and legal context created by the Internet has further extended this gap, thus highlighting the lack of judicial expertise to deal with the scenarios thrown up by new technologies. In this context, political inertia (which is not always forced as sometimes power is delegated to courts with a view to avoiding difficult choices) has fostered judicial imagination within the digital era] along with the resulting use of metaphors and frames to adapt legal systems to the peculiarities of the digital realm.

This new amplification of a well-established process of judicial imagination is not the only reason for the increase in judicial power in the digital age. There is also another (procedural) reason, which is related to the inherently transnational nature of the digital environment. The advent of the World Wide Web has challenged traditional legal categories like sovereignty and territory, thus raising new questions concerning the boundaries of law and jurisdiction. The notion of territory or space has been called into question with respect to the online sphere, where the Internet provides a channel for sharing information, products and services across various jurisdictions. Within this context, courts have been called upon to enforce local law within a transnational environment such as the Internet.

It should indeed come as no surprise that the evolution of the digital environment has been one of the drivers behind this new wave of judicial activism. At the outset, scholars debated for a long time whether the Internet constituted a borderless and anarchic territory, a kind of ‘no man’s land’ immune to any attempts at regulation at national or indeed supranational or transnational level. Other scholars have pointed out that, whilst it is possible to regulate the Internet, the use of domestic law would be incompatible with the nature of the Internet. More specifically, some authors have described the Internet as a self-regulating platform that is capable of developing its own code; conversely, others have argued that regulation based on geographical boundaries is infeasible, and it is hence impossible to apply national laws to the Internet. Johnson and Post, two champions of this anarchic approach to the web, have stated that ‘events on the Net occur everywhere but nowhere in particular … no physical jurisdiction has a more compelling claim than any other to subject events exclusively to its laws’ and thus ‘[e]fforts to determine where the events in question occur are decidedly misguided’ Nonetheless, it is well-know that such a libertarian dream has faded away. The courts have played a crucial role in breaking down such utopian views. Both the enforcement of fundamental rights online through the use of new judicial narratives, along with the assertion of jurisdiction, apparently as a simply procedural tool, are two privileged standpoints for understanding the role of courts across the Atlantic in the information society.